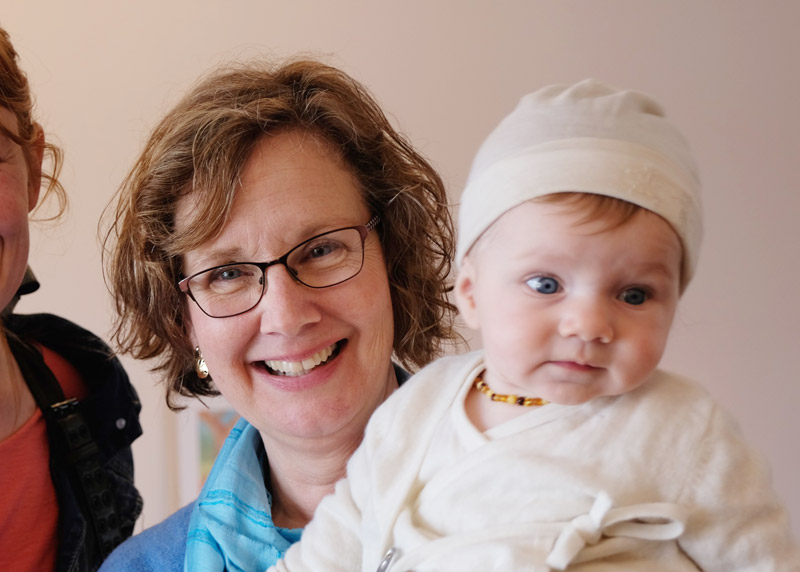 The Star Seedlings Family and Childcare Centre at 81 Speedvale Avenue in Guelph opens its doors to the public on Saturday May 18th with an Open House for parents from 10 to 2.

What’s different about the childcare offered at Star Seedlings is the emphasis on keeping the child’s experience home-like and age-appropriate.

Instead the experience will be one of a home-like oasis, with a beautiful, calm environment, caring relationships and natural surroundings.

These will set the tone for imaginative play, social interaction, and discovery, all of which are important for the kind of learning children do between 18 months and five years of age.

In addition to her Waldorf expertise, Karen has also completed the conventional government-approved training for early childhood educators in Ontario and is registered with the College of Early Childhood Educators.

While doing this training, an assignment led her to First Steps childcare in Guelph. Just casually she mentioned to the owner at that time, that if she ever wanted to sell her childcare business, she should give Karen a call. At the time she had no thought of selling.

In May of last year, while Karen was studying at the Pikler Institute in Budapest Hungary, she received a message from the owner of First Steps, asking if Karen was serious about taking over her lease, as she was moving to a larger location.

In the meanwhile, Karen had been appointed as Childcare Enterprise Director at the Rudolf Steiner Centre Toronto, and was looking for a place to establish what was planned to be the first of many holistic childcares across Canada. A couple of locations in Ottawa were initially considered, but for one reason or another neither of them worked out.

And that’s when the message from the former owner of First Steps Childcare in Guelph arrived like an omen. Clearly, this was meant to be.

The fact that the house at 81 Speedvale Ave. had previously been a childcare meant that many government and regulatory necessities were physically in place, making for a smoother transition than if Karen had been starting from scratch in a residential house. The Centre is located next to the Riverside Community Church on Speedvale Avenue and was in fact the former manse of the church.

In spite of the regulatory head start, extensive upgrades have been underway for the past few months to get the building ready for its new life as the Star Seedlings Family and Childcare Centre.

Karen Weyler RECE is also well-known in Guelph as one of the founders of the Trillium Waldorf School. In fact, one might wonder why, since Karen is such a master of Waldorf early childhood education, why isn’t Star Seedlings advertised as a Waldorf childcare?

That’s because there is a protocol that takes place over months and years before a new initiative such as Star Seedlings, can be recognized by the Waldorf certifying organizations. In the meantime, Karen is calling it “holistic”, for want of a better label.

All interested parents, friends and grandparents are invited to stop by the new Star Seedlings Family and Childcare Centre between 10 am and 2 pm this Saturday May 18th to see the Centre and to meet Karen. 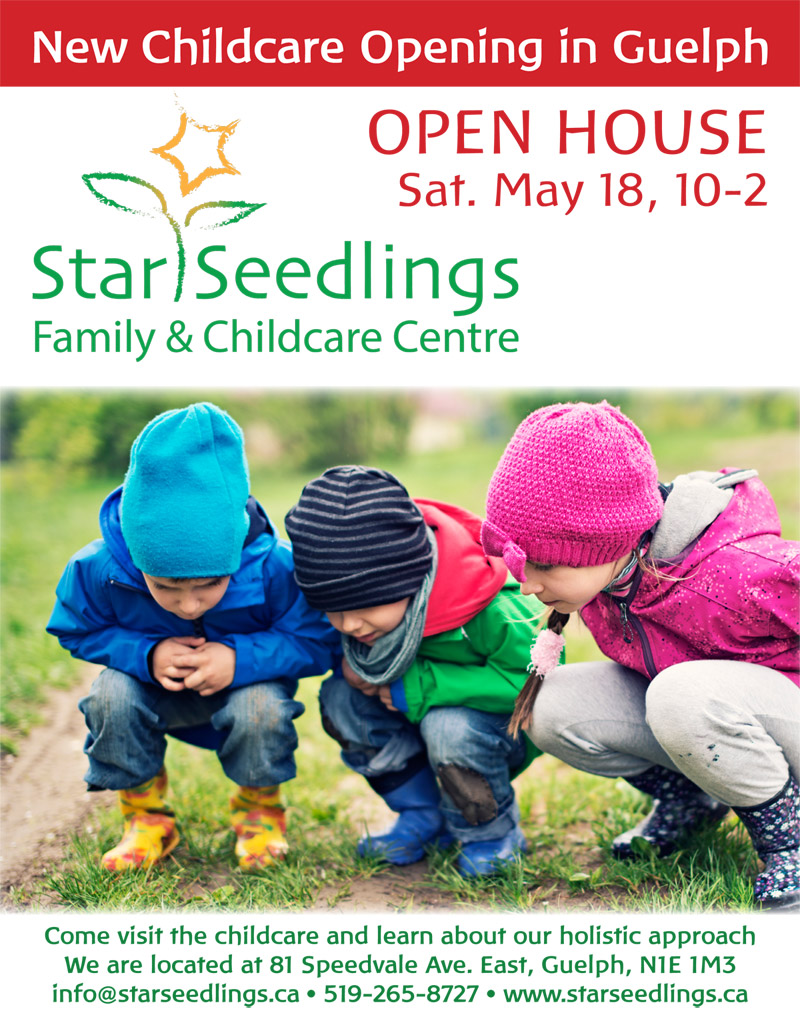